Admission-Exam, Aptitude-Test or Interview – there are some hurdles to overcome if you want to get a place at one of Austria’s most popular Universities and Universities of Applied Sciences.

The onrush is huge: In Vienna there are 11 applicants for every free place in the fields of Medicine, 7 for veterinary medicine and 6 for psychology. The chances of getting accepted at the medical Universities in Graz and Innsbruck are 9:1. The Bachelor’s program for physical therapy at the University FH Campus Wien has 10 times the amount of applicants in comparison to free places.

Most admission exams focus on your ability to think logically and your will to really study the program. While the general universities feature tests that are concluded within one day, some others like the “FH der WKW” will test your abilities in several different exams which are concluded within the span of a couple of weeks. These application exams feature written, computer-based, and oral tests.

The admission requirements are generally pretty simple: You will need a proof of a secondary school certificate or something similar. The respective admissions board will evaluate your certificate and may ask for other proof if the one you presented is not sufficient.

Austria’s University-landscape is very broad. From human and biological sciences and medicine to music, nutrition sciences, journalism, economy, physical therapy or teaching, Austria has much to offer! The only major decision you will have to make is whether to study at a ‘regular’ university or a university of applied sciences. The latter differs from the regular university – you will have smaller classes, professors that actively interact with you and an overall feeling of ‘being back in school’. Universities of Applied Sciences will charge you more for studying than regular universities though (in comparison to foreign countries it will be a lot less than the average though). In Austria, most regular universities are free of charge (which may also be a reason why they are so popular). Another more costly option may be private universities. In these you’ll also get an excellent education by trained professors.

Universities in Austria have a universal cycle which means that semesters often start in September or October and end in January or February. The whole year goes from September or October until the early summer in June or July. Applications usually must be submitted within up to 6 months (for example medical universities) before the start of the winter-semester in September/October. The application exams usually take place within a couple of weeks or days after the deadline of the application form. Notice something? Yes! Austria’s universities do not have lectures from June/July until September/October, which means you will have plenty of free time during summer. The length of your program depends on the university. As a rule of thumb, a bachelor’s program takes about 3 years to complete, while others can take up to 5 years. With one to two years, a master’s program is generally shorter. 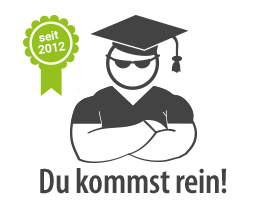